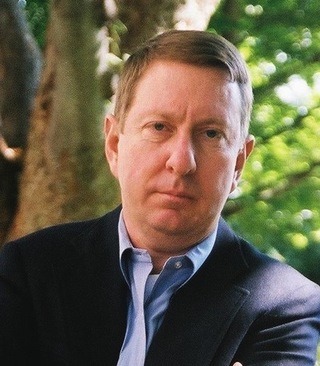 My most recent book and its major reviews. 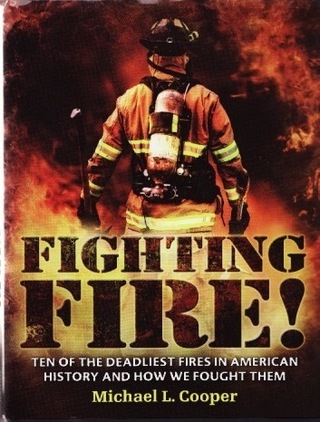 Fire has shaped the landscape of America since Colonial times. Cooper has taken this high-interest topic and used primary sources to relate how firefighters fought those blazes. He covers famous urban disasters, such as the 1871 Great Chicago Fire and the 1906 San Francisco earthquake/fire, among others. The firefighting and rescue efforts of September 11, 2001, are discussed in detail. Cooper also delves into lesser-known fires, such as the one aboard the excursion boat the General Slocum, in 1904, which killed 1,021 people. The author does an excellent job of relating advances in fire safety and firefighting techniques to the lessons learned from these tragedies. Relying upon sources that range from Colonial diaries to modern television news transcripts, he incorporates eyewitness accounts to strengthen his writing. The tone of writing is dramatic but not sensationalized. In all, this well-researched book should circulate if demand for firefighting materials is high. In addition, libraries in or around the areas featured (Boston, New York City, Baltimore, Chicago, San Francisco, and San Diego County) may wish to purchase for local interest.–Lisa Crandall, formerly at the Capital Area District Library, Holt, MI

The history of firefighting in the United States is explored through the stories of 10 important fires.

Some are familiar stories, others less well-known. It begins with the largest in Colonial history, the Boston fire of 1760 that some saw as judgment from God even as they sought to make improvements in the city's ability to respond to future blazes. The change in city skylines that occurred after the Chicago fire is discussed, and fires in Baltimore, New York and San Francisco in the early 20th century, deemed the "great urban fires," led to important changes in regulations, building codes and firefighting techniques. Workplace tragedies such as the one that occurred at the Triangle Waist Company led to changes in laws protecting workers. The devastating loss of life in the attacks on the World Trade Center demonstrated the vulnerability of modern buildings. The volume concludes with a look at one of California's worst wildfires. Each of the 10 incidents seems carefully chosen to provide a different angle to the history of American firefighting. Readers can chart progress and setbacks as firefighters worked to improve their techniques and communities attempted to make their buildings and environments safer.

A significant look at the ten most deadly fires in United States history, this book details the disastrous loss of life, land, and city infrastructure through five centuries. Cooper skillfully traces the inventions, technology, and laws created in the aftermath of historic fires. The first major fire in 1760 Boston changed enforcement policies on building regulations. New York's 1835 fire devastated lower Manhattan businesses, prompting the building of a modern water system. The burning of the General Slocum in 1904 resulted in better life-saving equipment and training regulations. The fire at Triangle Shirtwaist Factory in 1911 inspired better fire safety laws to protect workers. The fires of 1871 Chicago, 1904 Baltimore, and 1906 San Francisco resulted in more modern organization of fire departments, proper fire-fighting equipment, firefighter training, reliable water supplies, and strong fire codes. The 1942 Cocoanut Grove Nightclub fire instilled the need for nonflammable decorations in public establishments and safe emergency exit measures for buildings. In the case of 9/11 and the Witch Creek Wildefire, communication would save or lose lives.

Cooper's writing style is engaging and interesting while imparting historical information for educational value. This work is highly readable for both research and personal interest. The writing leaves readers feeling the emotional impact of the disasters without overdramatizing the tragedy. There is a great selection of illustrations depicting fire scenes and the devastation they caused. Later photos would have been better in color, but the black-and-white photos fit the layout of the book. The quotes from bystanders and witnesses add a descriptive depth to these historical accounts. This is an excellent read for those interested disasters or firefighting.—Laura Panter.

This well-researched book looks at 10 significant fires in U.S. history: Boston in 1760, New York City in 1835, Chicago in 1871, Baltimore in 1904, New York's General Slocum steamboat in 1904, San Francisco in 1906, New York's Triangle Shirtwaist Factory in 1911, Boston's Cocoanut Grove nightclub in 1942, New York's World Trade Center in 2001, and San Diego County's wildfires in 2007. Along the way, Cooper traces the history of firefighting in America, from citizen volunteers manning bucket brigades to a cooperative, international force of professional firefighters. The illustrations include a good selection of period prints depicting early fires as well as many photos of later blazes and the devastation they caused. Cooper organizes the material well, writes clearly, and refrains from sensationalizing the already dramatic stories. A must-read for young people intrigued by disasters, this book also offers plenty of solid, usable information for reports on specific fires. Grades 5-8. --Carolyn Phelan